My beautiful wife Helen – really excelled herself this year in the Christmas present department.

Bruce Springsteen concert tickets in Sydney this February – as well as a copy of his book – “Born to Run” – which I have been making my way through over the holiday period.

I have always been a big fan of “The Boss” – small town boy made good, working class background, hard worker, great musician – you know the story.

However it has been interesting to read his take on the financial side of the music business – and also how he has managed to stay in control of his “E Street Band” for so long.

For those not up to speed on the E-Street Band – these musos have been performing with Bruce Springsteen from his very early days – however they had a 10 year break for most of the 1990’s due to increasing friction and Springsteen not enjoying the environment.

Here is a section of his book where Bruce Springsteen explains some of the steps he needed to take when re-forming the band after the break and also EXACTLY why all health business owners need to set clear boundaries – so you can all – as Bruce says – ” Be free to play”.

“Over time, like all the guys, I’d developed my own set of underlying grievances. Some of the fellas making me a little too crazy, some feeling of a lack of appreciation coupled with the burden of having life issues and baggage dumped at my doorstep with a little too much frequency and too many expectations that I should make it all better”

“I felt I’d become not just a friend and employer for some, but also banker and daddy”.

“As usual, I’d created a good deal of our state of affairs myself by not providing clear boundaries”

“Everyone – without concrete , written clarification, will define the terms of your relationship in accordance with their own financial, emotional, and psychological needs and desires – some realistic – some not”.

“This meant contracts – previously anathema to me”.

“After all this time , to some, I suppose it suggested mistrust, but those contracts and their future counterparts protected our future together. They clarified beyond debate our past and present relationships with one another, and in clarity lie stability, longevity, respect, understanding and confidence”.

“Everyone knew where everyone else stood, what was given and what was asked. Once signed, those contracts just left us free to play”.

What a great example of the need for written agreements and crystal clear understanding of each parties expectations of the other.

I am often criticized by the “touchy feely crowd” who talk about team freedom, creative license, trust blah blah blah – but at the end of the day – this “Freedom to Play” – comes after the contract and agreements are understood – not before.

Learn from Bruce’s mistake – and the thousands of other business owners before you.

Without written contracts, agreements, KPIs, measurement etc  – your team members will define the terms of their employment in accordance with their own needs and desires – NOT YOURS.

Can’t wait for the Sydney concert in February.

Ten Front Desk Mistakes That Cost You Over $1000 Every Week

Free Online Training Video Shares How Just One Well Trained Administration Team Member Can Add OVER $200,000 Per Year to Your Health Business! 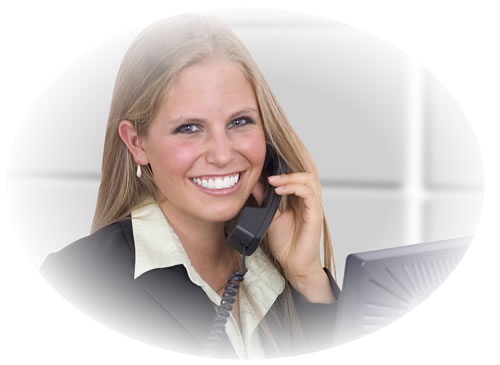